Solo Leveling is a popular South Korean webtoon currently on its second season. It has revolutionized the industry of webtoons and manhwas and acted as a gateway for other webtoons to enter the global scale.

Solo Leveling focuses on a hunter Sun Jin-Woo who initially weak acquires a power that helps him become one of the strongest hunters on the planet. With each encounter, Jin-woo grows in strength and moves closer to his goal. Let’s find out Solo Leveling chapter 156 spoilers, release date, and time.

In Solo Leveling chapter 155, an evacuation order has been issued in the vicinity of the huge gate. All the citizens are rushing out as the situation is becoming tense every second. At Jin-Woo’s home, her sister suggests her mom evacuate, however, she wants to stay at home.

It is heavily implied that this gate will probably cause huge casualties. It may even wipe out Jin-Woo and other strong hunters. Knowing that it may very well be his final days, he decides to spend time with his only friend. He contacts Cha Hae-in and asks her for a date. They visit a park but get surrounded by people who recognize them.

Jin and Hae-in visit various rides within the park. However, none of them cause any thrill. Seeing the situation, Jin takes her on the ride on Kaisel who takes them high in the air. Hae-In finds it heart-touching. Jin says he wanted to show how grateful he was to her. There’s still one last place he wants to visit with her. They go to a place and sight a shooting star with Hae-in leaning on the shoulder of Jin-Woo

For Solo Leveling chapter 156 spoilers, we don’t have any information available yet. The raw scans for the upcoming chapter will be out 1-2 days before the official release date. For the time being, let’s plot some probable predictions and speculate what may happen in an upcoming release.

The last chapter carried a vibe that this gate was going to cause heavy destruction. So much that even Jin got worried and assumed it may very well end him. When the protagonist himself is unsure, we can speculate what’s coming.

Right now, no information related to this gate has appeared. No monster has come out and no one has been able to identify anything about it. The fact that everything about it is unknown makes the situation even more serious. Hopefully, Solo Leveling chapter 156 will provide us more insight.

The meeting between Jin-Woo and Hae-in seemed like it would be the last one. If this implication is correct then more than likely, Hae-in won’t survive the upcoming calamity. Fans certainly don’t want her dead as she is often dubbed as Jin’s love interest. We all don’t want her dead but the circumstances this time are different. She may die protecting Jin.

Solo Leveling Chapter 156 read online on TappyToon for English translated version. There are also other unofficial scanlators, but we don’t recommend them.

Here is the Solo Leveling chapter 156 release date and time.

What do you think will happen in the next chapter of Solo Leveling? Will Hae-in survive this calamity? Comment down your thoughts and let us know. For more updates on Solo Leveling, make sure to follow us on social media. 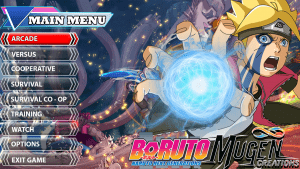