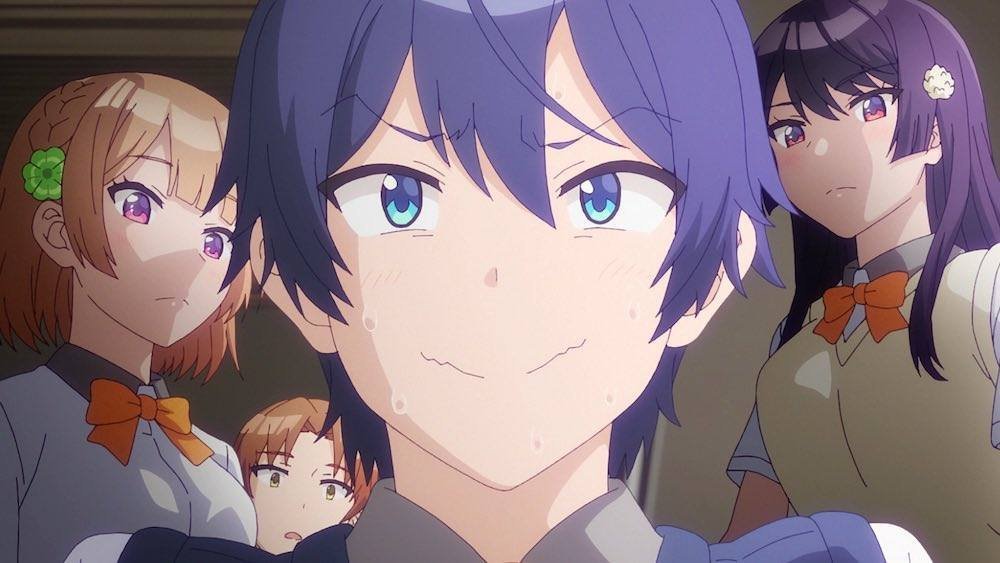 Hey there! The fourth episode of Osamake: Romcom Where The Childhood Friend Won’t Lose is finally out on Crunchyroll and now everyone is very excited to watch its next episode. So today in this article we will talk about Osamake Episode 5 where we will discuss in detail about its release date, preview, Spoilers and English dub release.

Based on the light novel written by Shūichi Nimaru, Osamake: Romcom Where The Childhood Friend Won’t Lose (Osananajimi ga Zettai ni Makenai Love Comedy) is a popular romantic-comedy anime which was released in June 2019. The novel series became so popular that it inspired a manga adaptation in November 2019 by Artist Ryo Ito which is currently Serialized in the Media Factory’s Monthly Comic Alive. It also has inspired a spinoff manga titled ‘Osananajimi ga Zettai ni Makenai Love Come: Otonari no Yon-shimai ga Zettai ni Honobono suru Nichijō’ which launched in the February issue of Monthly Comic Alive magazine. With the continuously growing popularity, the series was finally decided into a Television Anime by Doga Kobo.

The series follows Sueharu Maru, a seventeen-year-old high school boy who has never had a girlfriend. He lives next door to his childhood friend Kuroha Shida, a small and cute Onee-san type of girl with an outgoing character. One day, Kuroha confesses to Sueharu, but he rejects her; Sueharu only has eyes for his first love, Shirokusa Kachi, who is a beautiful idol and an award-winning author in school. However Shirokusa is indifferent to all boys in school but Sueharu, which makes Sueharu think that he might have a chance.

As confirmed on Twitter earlier, the first season of Osamake is listed with 12 episodes which will run from April 14 2021 to June 30, 2021. A new episode will be released every week on Wednesday at 9:00 AM JST. We also have prepared a release schedule which will help you keep up with its episode release.

Will the Anime Come to Netflix, Hulu?

If we talk about it coming to Netflix and Hulu, that’s not gonna happen, at least for quite a while. The series might get available on Netflix after the season has concluded.

Staff Details Of The Anime

When the English dub for Osamake: Romcom Where The Childhood Friend Won’t Lose will release?

Unfortunately as of writing, there is no official confirmation when the English dub for Osananajimi ga Zettai ni Makenai Love Comedy will release.

However taking into account the popularity of the anime in English speaking countries and the fact the anime streaming giant Crunchyroll is streaming, who lately have been producing dubs for almost all of their popular shows such as Rent a Girlfriend, I am a Spider so What?, it is relatively safe to say that an English dub will be announced very soon.

Osamake: Romcom Where The Childhood Friend Won’t Lose is a Japanese light novel series penned by  Shūichi Nimaru with illustrations drawn by Ui Shigure. The first Volume in the series was released in June 2019 Dengeki Bunko imprint and so far 6 volumes have been published.

The story centers around Sueharu Maru, an average 17-year-old high school boy who has never had a girlfriend, and the “heroine battle” between his beautiful first crush Shirokusa Kachi and his childhood friend Kuroha Shida.

Well, that’s all for today. We will keep you updated with any new news to Osamake Episode 5. Meanwhile, check out the Kaiju No. 8 Anime release info and Tokyo Revengers Release Schedule.