Marshall D. Teach, most commonly referred to by his epithet Blackbeard, is the captain-turned-admiral of the Blackbeard Pirates and currently one of the Four Emperors. He is also the only known person in history to wield the powers of two Devil Fruits.

He started out his pirate career as a member of the Whitebeard Pirates’ 2nd division until he murdered Thatch, the 4th division commander, for the Yami Yami no Mi and defected.

Prior to the two-year timeskip, he briefly held a position among the Seven Warlords of the Sea after defeating and handing Ace over to the Marines, before resigning upon returning from Impel Down with Level Six prisoners to strengthen his crew.

His actions resulted in him being considered a part of the Worst Generation along with the Eleven Supernovas, and he received the title of Emperor after slaying Whitebeard during the Summit War of Marineford and defeating the Whitebeard Pirates during the timeskip.

Due to his actions, he can be considered a minor antagonist during the Jaya and Post-Enies Lobby Arcs, the tertiary antagonist of the Impel Down Arc, and one of the main antagonists of the Marineford Arc, the Summit War Saga, and the remainder of the One Piece series.

Blackbeard is an extremely tall man, being exactly twice Luffy‘s (pre-timeskip) height. He has a massive build as his body is round with relatively thin limbs. He has a big mouth with several broken or missing teeth (though sometimes he does have a full set, which is an inconsistency error made by Oda), a pronounced crooked nose and a very large and hairy chest and torso. Long, thick, woolly black hair falls down the back of his neck, underneath a black bandana, and a small scruffy black beard (hence his epithet) grows around his jawline. As the series progresses, his beard becomes longer and scruffier.

At his first appearance in Mock Town, Teach wore an open buttoned white shirt with rolled up sleeves, green trousers with black line patterns, a yellow sash around his waist and classic black swashbuckler boots complete with large bronze buckles.

During his raid on Banaro Island, he had added a large black and gold captain’s coat over his attire, along with white beads on each wrist as bracelets and rings with gemstones on all of the fingers of both his hands (similar to his predecessor, Crocodile).

At the Seven Warlords meeting at the Marine Headquarters, he added a pair of necklaces of red as well as golden-yellow and blue beads to his dark orange sash (dark yellow in the anime) and a traditional black tricorne hat over his grey bandana, as well as switching to a red shirt, while wearing his captain’s coat like a cape. He also has three flintlocks and a flask tied to his sash around his waist.

In SBS Volume 63, Oda drew the Seven Warlords of the Sea as children. Teach is shown wearing a baseball cap with a rolled up long sleeve shirt and green shorts. He is also wearing black curled tip shoes, and unlike his usual cheerful expression, is crying for an unknown reason.

After the timeskip, Teach has grown a long beard that he has split into multiple sections, very much like his real life basis. He also wears golden hoop earrings and the same black tricorne with a yellow bandana with red polka dots. He switches to a light purple shirt with a black captain’s coat with red linings. He has a red and white feather with a purple flower on the side of his tricorne. He has an orange plume alongside with his coat. He now wears dark blue pants with light blue floral designs on them. He also now dons a pair of sunglasses.

At Hachinosu, Teach wears flamboyant pants, a belt instead of a sash, a new coat along with a feather cape, and a new hat with feathers and his Jolly Roger. 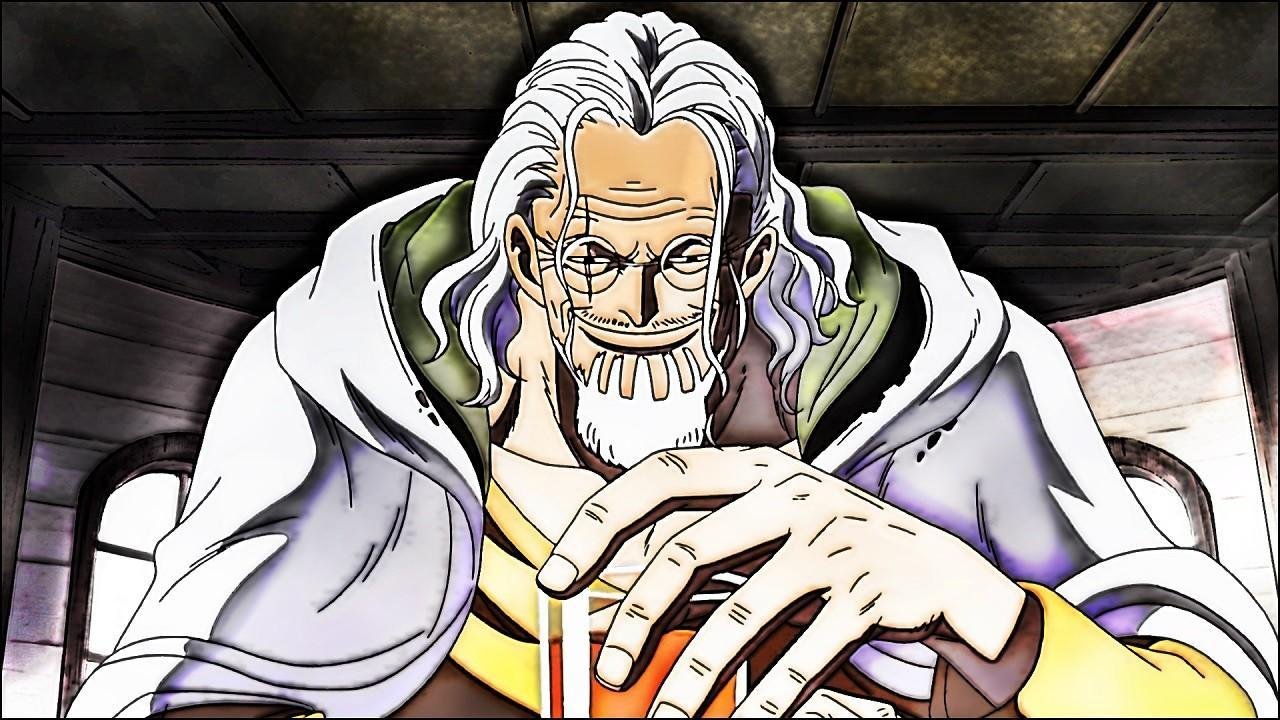 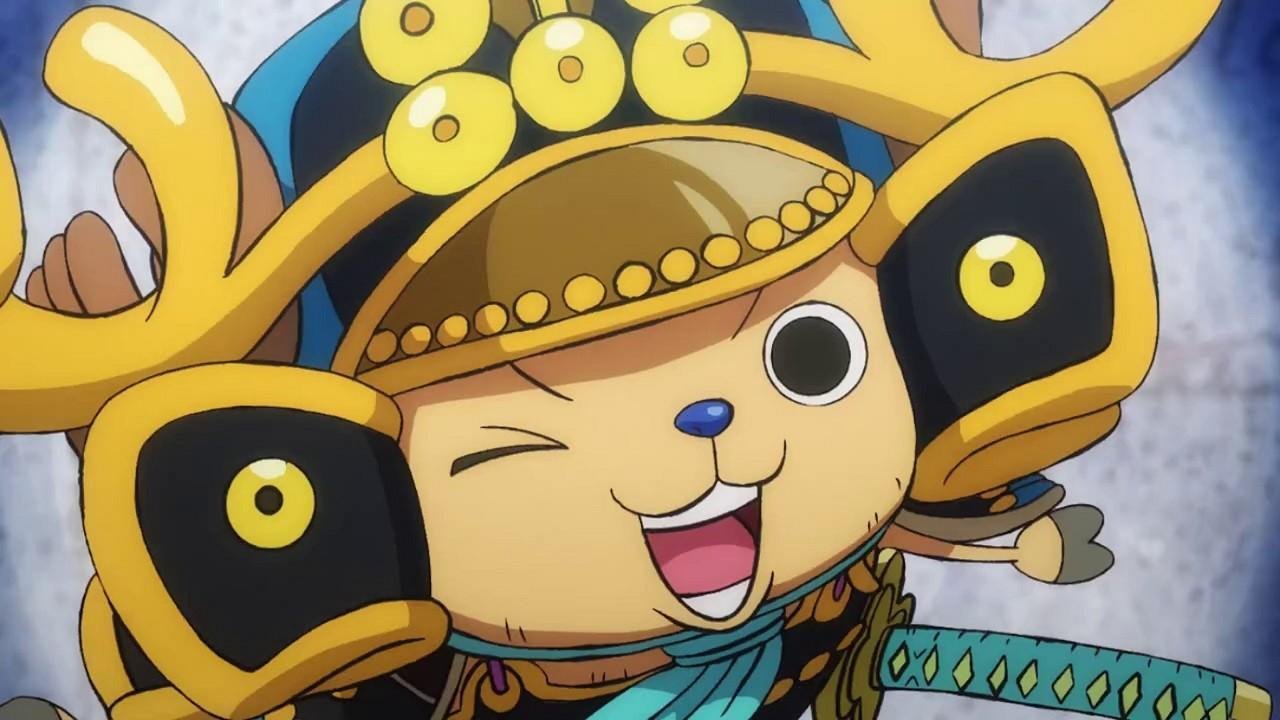 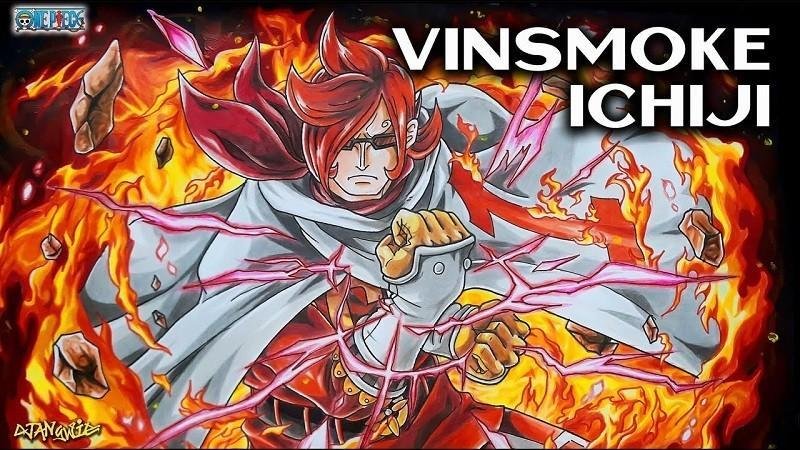 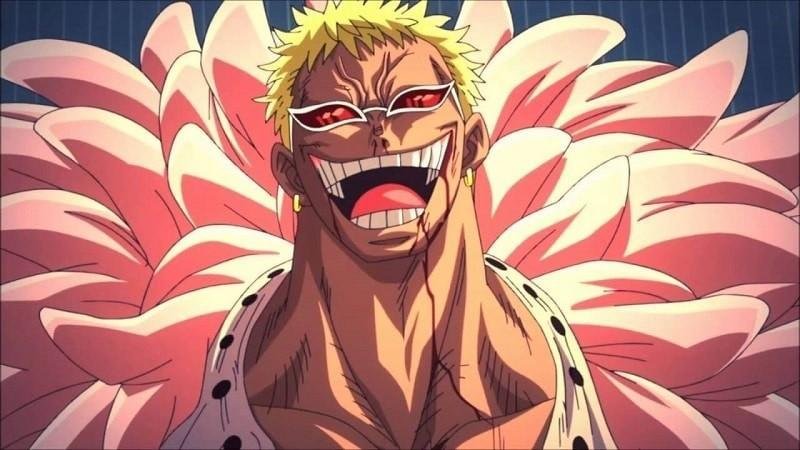 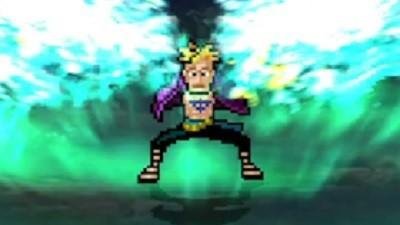 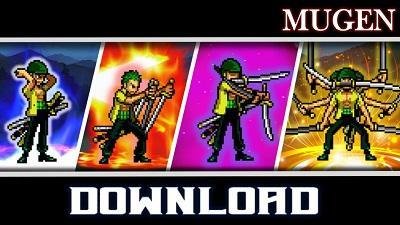 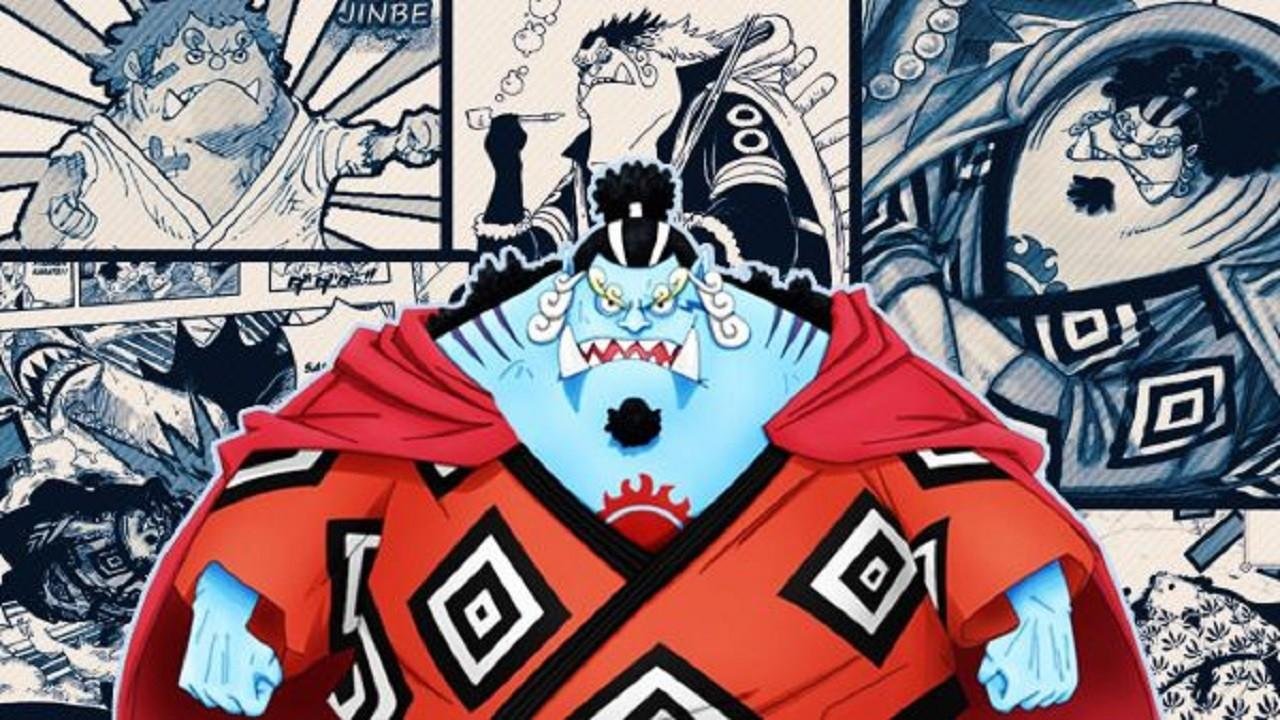 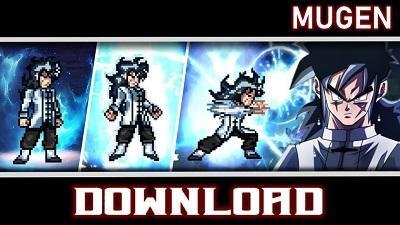 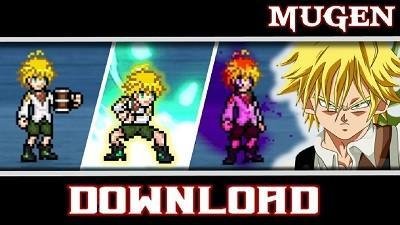 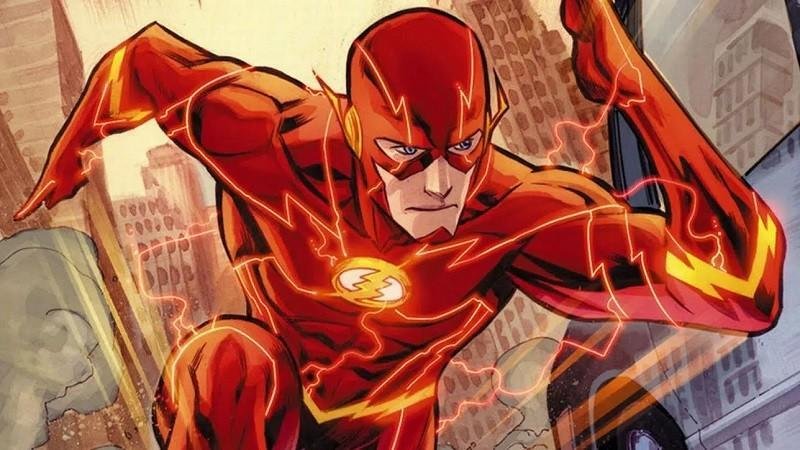 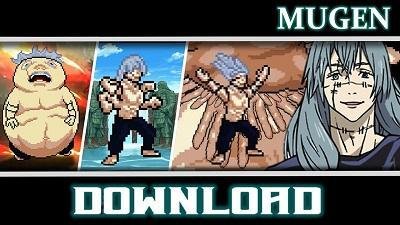 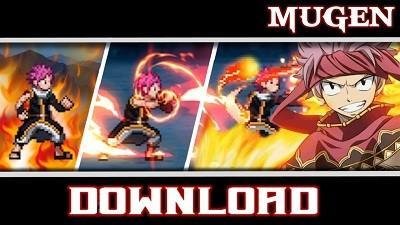 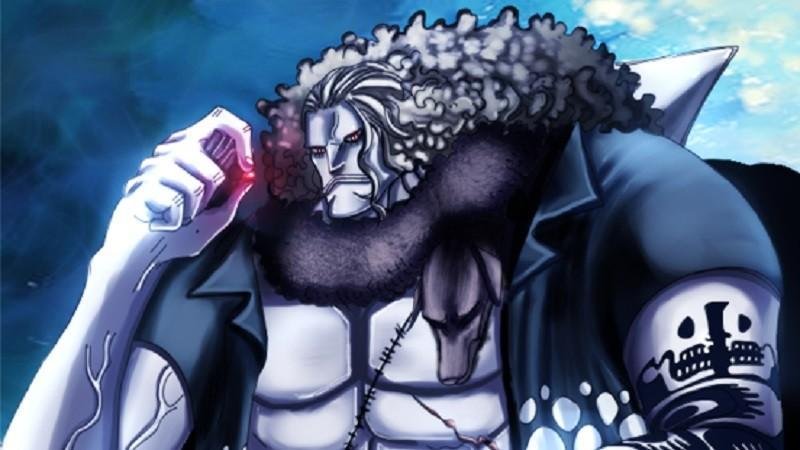 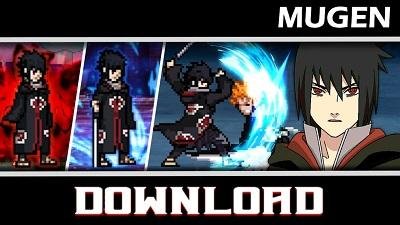 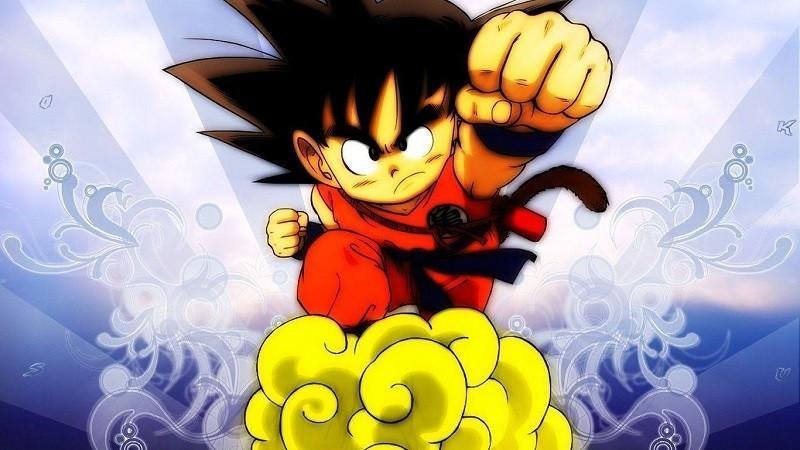