Although I’m a fan of exhibits that focus on production materials, I enjoyed how accessible this exhibit was for general fans of the series.

The Puella Magi Madoka Magica anime’s 10th anniversary exhibit took place in Tokyo from September 22 to October 5, offering fans in Japan the opportunity to re-experience the TV series comprehensively. This was a particularly dense exhibit—each room had its own theme and was packed to the brim with videos, artwork, and props. It was an excellent showcase of the sheer amount of creative work that was involved in just a single cour of anime. 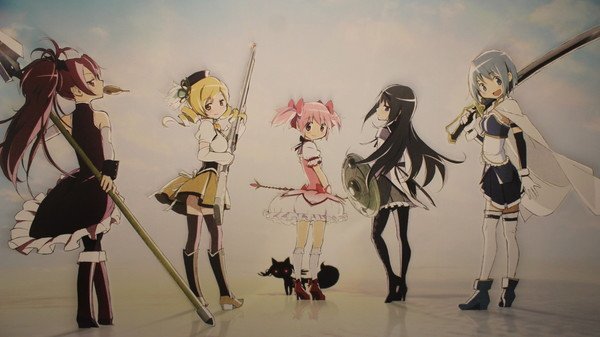 Although I’m a fan of exhibits that focus on production materials, I enjoyed how accessible this exhibit was for general fans of the series. It didn’t just show rows of corrected key animation layouts and expect the visitor to immediately be invested in the production process; instead, not only does it include a section briefly explaining the process, it also consistently emphasized how the production materials shape up next to the final product, making the drawings stand out as part of the presentation. 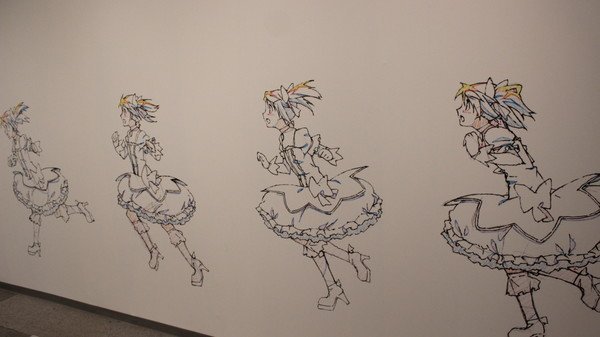 For example, the section on episodes 4 and 5 had the individual drawings of the first fight between Kyoko and Sayaka hanging from the ceiling. Another set of action scenes of theirs from episodes 7 and 9 were showcased as a row of colored glass panels, which was really cool. 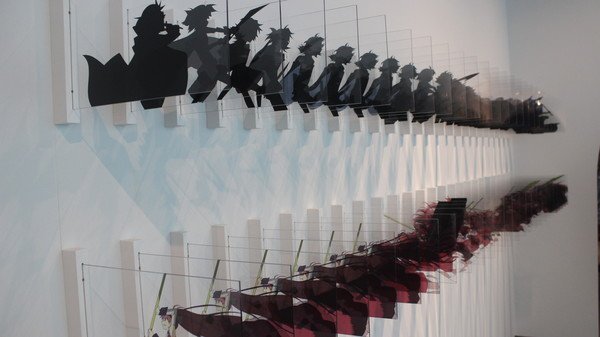 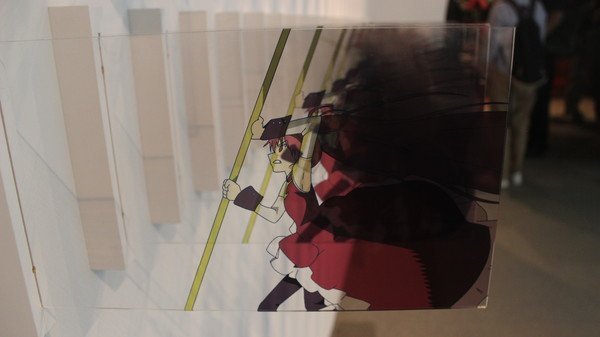 According to the Puella Magi Madoka Magica Key Animation Note books, these drawings are attributed to the acclaimed action animator Nozomu Abe. The exhibit mostly focused on the action cuts, so his work was heavily represented.

My favorite section was dedicated to episode 10, which was also one of the absolute highlights of the series overall. Key animation frames were placed on a circular wall to represent the cyclical nature of the episode. This was also the room that had the most keyframes overall. According to the staff, this episode had over 10,000 drawings, around twice the average for TV anime at the time. 700 of those drawings were represented in the exhibit. 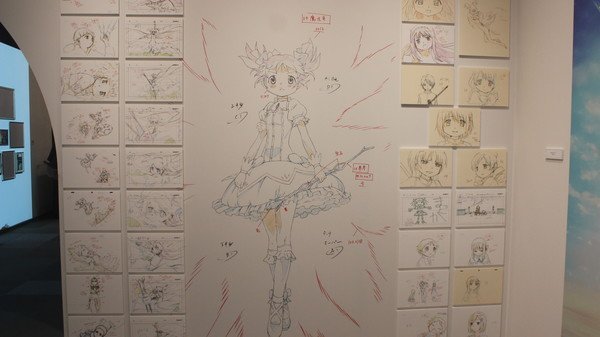 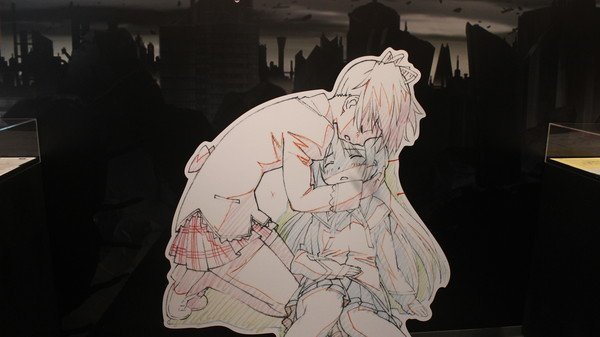 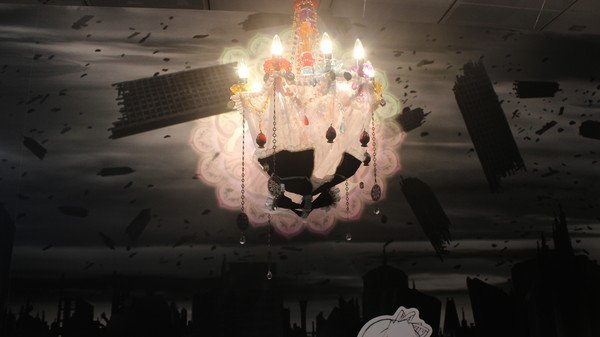 Another section that stood out to me was the Witch’s lair, which represented all of Gekidan Inu Curry‘s stylish Witch and Familiar designs. It also had recreations of some of the objects depicted in those segments. Later in the exhibit, Sayaka’s Witch form gets shown off as a stand. 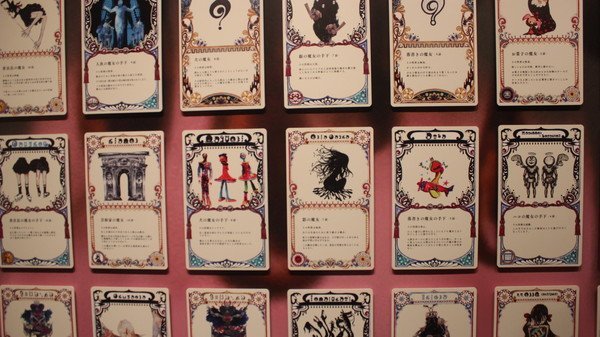 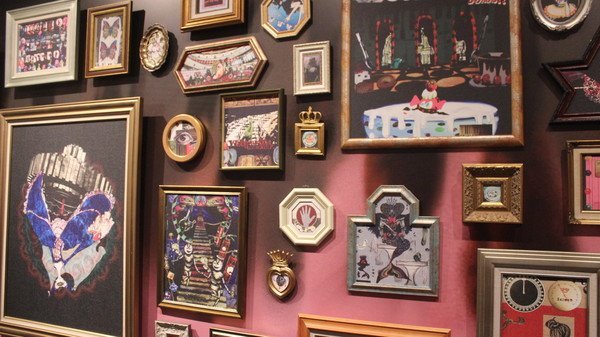 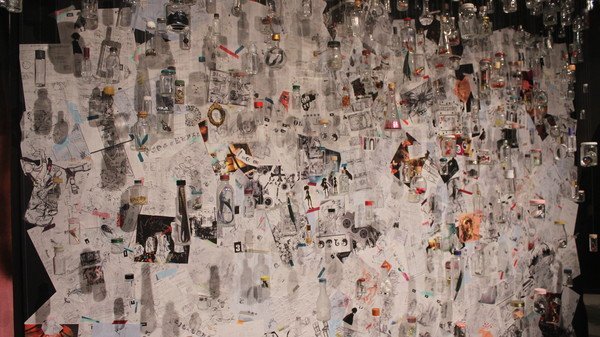 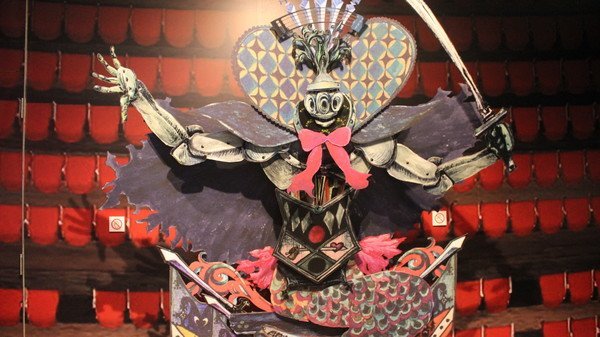 Speaking of Gekidan Inu Curry, the exhibit also had a brief section explaining how the backgrounds and effects by the duo were implemented during the compositing process. 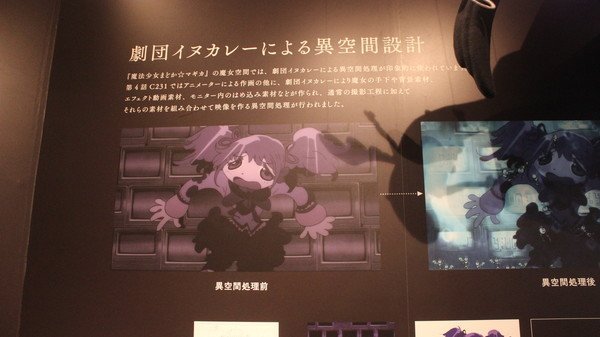 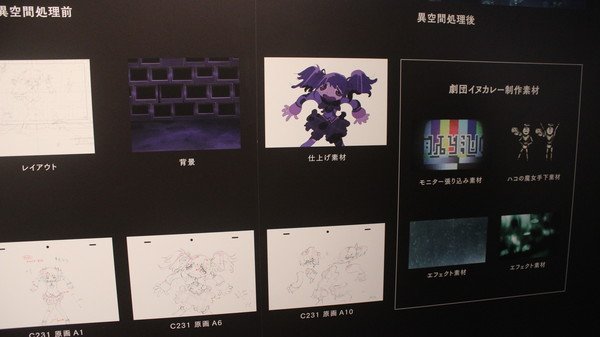 Other sections I appreciated: a wall covered entirely with Kyubey quotes and his beady-eyed gaze, a display of every single snack item consumed by Kyoko, and a row of busts showing the costumes of each magical girl (amusingly, the Mami one went viral on Twitter). 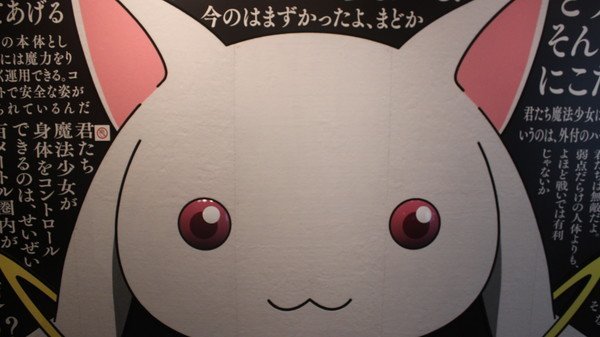 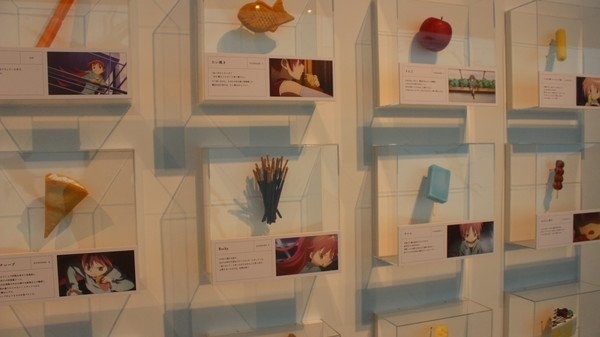 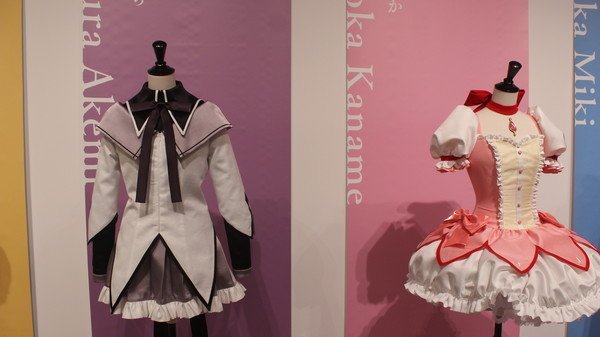 Although not as flashy as the other displays, I also liked the explanatory text and images that were prepared in this exhibit. Every character was introduced with retrospective commentary by core members of the creative staff. The designs of their weapons, outfits, and the Soul Gems/Grief Seeds had their own displays. The lyrics of the ending theme song were printed on a wall, along with an explanation by the music staff. And there were even helpful little digests for the story, like a diagram which explains the witch’s cycle. 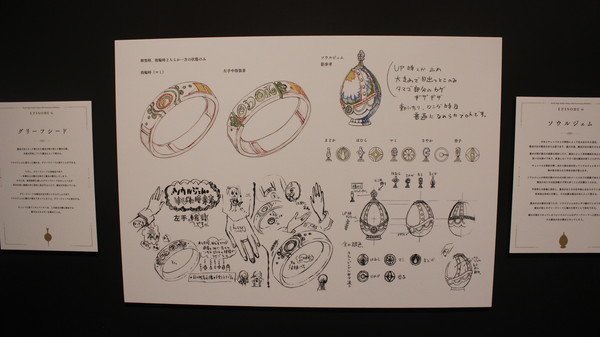 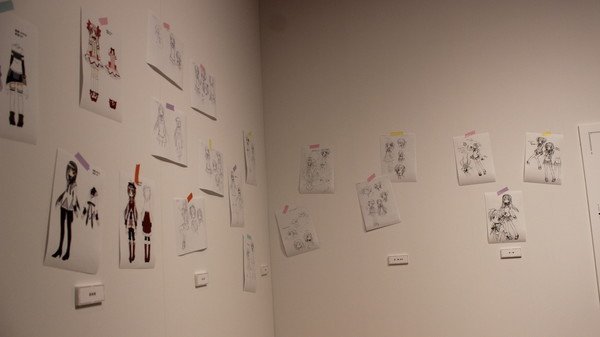 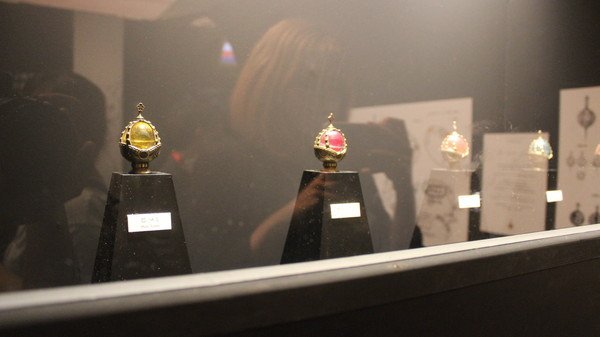 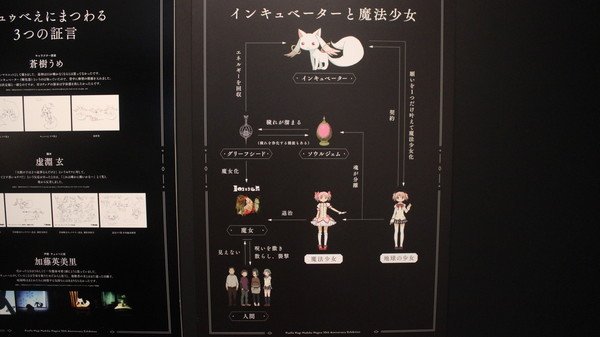 Aoki Ume drew an illustration and an explanation of just why she loves the Kyoko/Sayaka dynamic⁠—even as enemies, they somehow support each other. 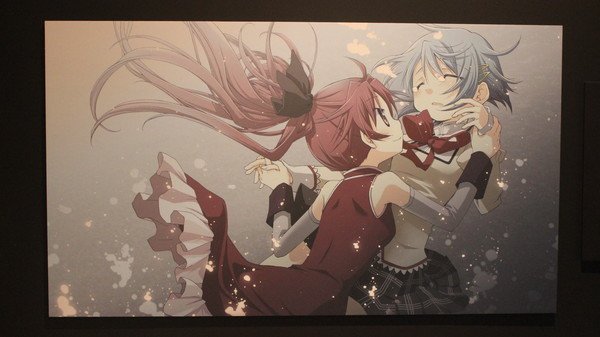 Finally, the exhibit capped off with a five-minute “Interactive Theater” video. Most of it was footage compiled from highlights of the TV series, but there was also a short section where a 3D model of the Witch Charlotte (the one that killed Mami) circles around live footage of the audience. The overall effect was a bit cheesy (no pun intended), but it was a nice way to revisit the key scenes of the anime.

The exhibit will also run in the Fukuoka, Ishikawa, Osaka, Niigata, and Shizuoka prefectures, starting with the Hakata Hankyu department store in Fukuoka from October 23 to December 5.