Kokushibo is a major supporting antagonist of Demon Slayer: Kimetsu no Yaiba. He is a demon affiliated with the Twelve Kizuki, holding the highest position, Upper Rank One.

Nearly five centuries ago during the Sengoku Era (the Golden Age of Demon Slayers), Kokushibo was a human by the name of Michikatsu Tsugikuni, a former Demon Slayer and the older twin brother of Yoriichi Tsugikuni, the strongest Demon Slayer that ever existed.

As a demon, Kokushibo took the form of a pale-skinned, tall and muscular man with long and spiky black hair with red tips that he kept in a ponytail. His most notable feature is the three sets of eyes on his face with yellow irises and red sclera that have black straight lines diverging from each iris. His middle set of eyes features the kanji of “Upper Rank ( Jōgen?)” and “One ( Ichi)”. Kokushibo also has red markings resembling flames on the top left side of his forehead and the bottom right of his chin. His appearance was described to be extremely dignified and majestic by the Mist Hashira, Muichiro Tokito. 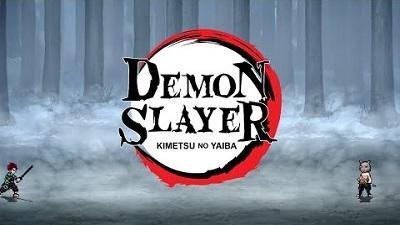