We previously saw Kafka transform into Kaiju No.8 to save himself from the General’s attack. In doing so, he awakened an automatic response that turned Kaiju No. 8 into its berserk version. He is no longer in control of Kaiju No.8’s actions and goes all out while fighting the General. Towards the end, we see the General exhaust Kaiju No.2’s resources and Kakfka seems worn-out too. Fans are now dying to know what comes next in Kaiju No.8 Chapter 37. 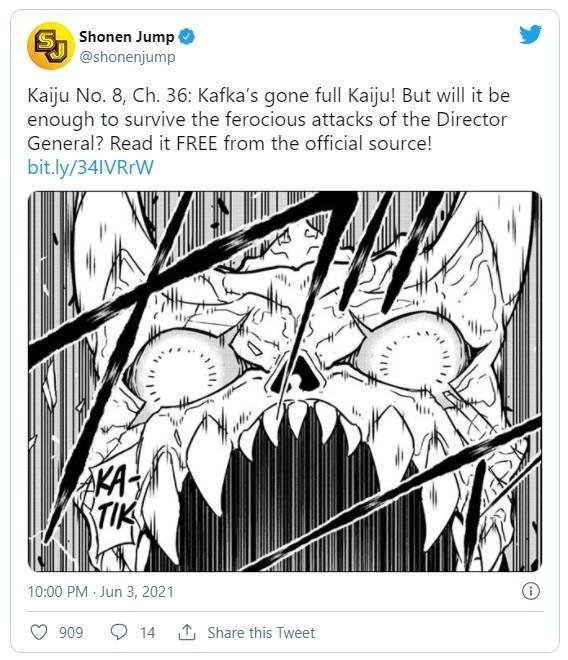 Since the start of 2021, we have noticed all the ongoing manga step up their game by releasing all the latest chapters with minimal delays. Kaiju No.8 is one of those mangas that is trying their best to compete on another level. With only having released double-digit chapters, Kaiju No.8 has a huge fan base. So, fortunately, we won’t see any delays in this week’s Kaiju No.8 Chapter 37 release.

According to Viz Media, Kaiju No.8 Chapter 37 release date has been confirmed to release on June 10th, 2021. This is the official confirmed release date and no further delays are expected in the future. To know more about such release dates or delays in the ongoing manga genre, stay tuned to Spoilerguy.