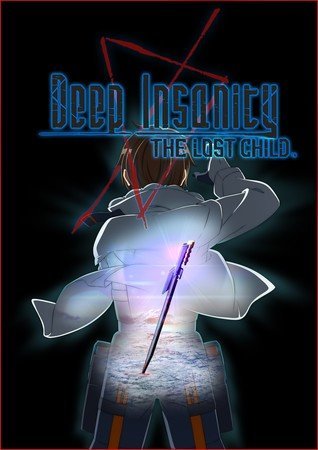 Funimation announced in the last few days that it will stream the following anime this fall:

Funimation will stream all four anime in the United States, Canada, the United Kingdom, Australia, and New Zealand as they air in Japan. The company will also stream the anime in Mexico, Chile, Colombia, Peru, and Brazil, but has yet to confirm the simulcast dates.

Deep Insanity: The Lost Child is the television anime part of Square Enix‘s Deep Insanity media project. The anime will premiere on October 12 on Tokyo MX at 12:30 a.m. JST (effectively, October 13). The series will also air on MBS, BS11, TV Aichi, and AT-X. Abema will stream the show.

The project is set in a world overrun with the mysterious “Randolph syndrome” that causes sudden comas. Simultaneously, a massive underground realm called “Asylum” was discovered at the South Pole as the syndrome’s origin. Weird creatures, unlike any on the surface, dwell there with previously unknown natural resources. To cure the Randolph syndrome (and to get rich plundering the creatures’ genetic data and underground resources), people set foot in the Asylum.

The project also includes an ongoing manga and a game. The anime’s story is set between the manga’s and game’s stories.

Shin Oonuma (ef: a tale of memories, Dusk maiden of Amnesia, Kokoro Connect) is directing the anime at SILVER LINK. Kento Shimoyama (AntiMagic Academy “The 35th Test Platoon”, We Rent Tsukumogami, Our Last Crusade or the Rise of a New World) is in charge of series composition. Kazuyuki Yamayoshi (Chaos;Child, Circlet Princess, The Misfit of Demon King Academy) is designing the characters. Mirai Kodai Gakudan (Grimms Notes) is composing the music. Fumiyuki Go is directing the sound, and Square Enix is presenting the anime in collaboration with Kadokawa. 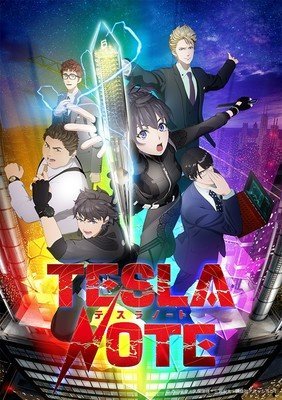 Michio Fukuda (Hyakko, Nura: Rise of the Yokai Clan: Demon Capital, Terraformars Revenge) is directing the anime at GAMBIT. Nishida himself is supervising and writing the series scripts. POKImari (Sorcery in the Big City) is drafting the original character designs. Kaoru Wada (Inuyasha, Yashahime: Princess Half-Demon) is composing the music.

The spy action manga follows “Mission T,” a shadow war of spies and secret intelligence waged to prevent the world’s destruction. The story follows Botan Negoro, who has trained as a ninja since childhood, and has grown to become a talented spy. She teams up with Kuruma, a spy who has a flair for theatrics, in a new mission with the world at stake: to retrieve the “Tesla Crystal,” the “legacy” of genius Serbian-American inventor Nikola Tesla. But other countries and their agents are already moving to secure the Tesla Crystal, and Botan and Kuruma will have to use all their wit to outsmart them.

The manga launched in Kodansha‘s Weekly Shōnen Magazine on January 6, and transferred to Kodansha‘s Magazine Pocket app on August 4. Nishida and Kubo are credited with the original work, while Sannomiya is drawing the art. 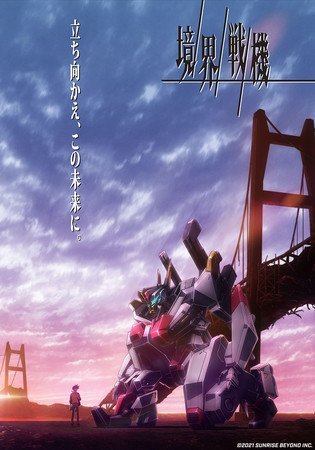 Sunrise Beyond (formerly Xebec) and toy/hobby company Bandai Spirits‘ collaborative project Kyōkai Senki (AMAIM Warrior at the Borderline) will premiere on the TV Tokyo channel on October 4 at 25:30 (effectively, October 5 on 1:30 a.m.), and it will then run on MBS and BS11. It will start streaming on Bandai Spirits‘ YouTube channel on October 6 at 8:00 p.m. (7:00 a.m. EDT).

The story is set in the year 2061, with Japan under a state of occupation by multiple states. The world, including Japan, has been consolidated under the rule of four trade blocs. The entire archipelago is now the frontline of conflict. The Japanese people live under a state of constant occupation and oppression, with humanoid war machines called AMAIM patrolling its streets. A young introverted boy named Amō Shiiba has a chance meeting with the autonomous AI Gai, and his acquisition of the AMAIM Kenbu begins a story that will see him attempting to take back Japan.

Another part of the story centers on Gashin Tezuka, a reticent and frank 16-year-old member of the Japanese resistance who pilots the AMAIM Ghost to avenge his father. 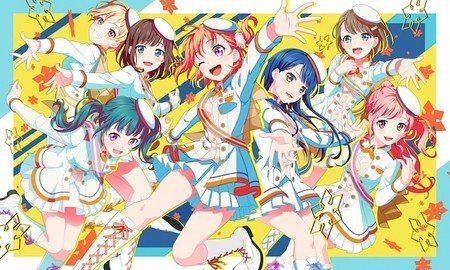 CyberAgent‘s CAAnimation label and DMM Games’ multimedia project PuraOre! Pride of Orange bills itself as “The first girls’ ice hockey anime ever,” and it will premiere on October 6.