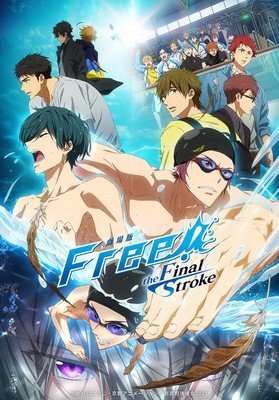 Eisaku Kawanami returned from previous installations in the franchise to direct the film at Kyoto Animation.

The Free! franchise about the Iwatobi High School Swim Club includes three television anime seasons that aired in 2013, 2014, and 2018. The High Speed! -Free! Starting Days- prequel film opened in 2015. The Free! The Movie -Timeless Medley- the Bond and Free! The Movie -Timeless Medley- the Promise compilation films opened in April 2017 and July 2017, respectively. The Free! -Take Your Marks- omnibus film of short stories then opened in October 2017.

The franchise‘s most recent entry was Free! ~Road to the World~ Yume (Dream), which opened on July 5, 2019, and was a “reconstruction” of the Free! Dive to the Future television anime series, as well as a “bridge” to the new films. 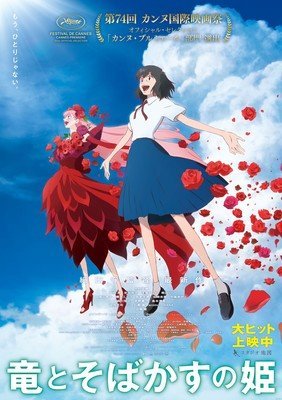 BELLE opened in Japan on July 16. The film has IMAX screenings in 38 theaters throughout Japan. This makes BELLE the first of Hosoda’s films to have IMAX screenings. GKIDS licensed the film for North America, and will release the film in English and in Japanese with English subtitles this winter.

Hosoda (The Girl Who Leapt Through Time, Summer Wars, The Boy and The Beast, Mirai) directed and scripted the film, and is also credited for the original work. The film marks Studio Chizu‘s 10th anniversary. Taisei Iwasaki (Blood Blockade Battlefront, Dragon Pilot: Hisone and Masotan, The Naked Director) is the film’s music director and composer. 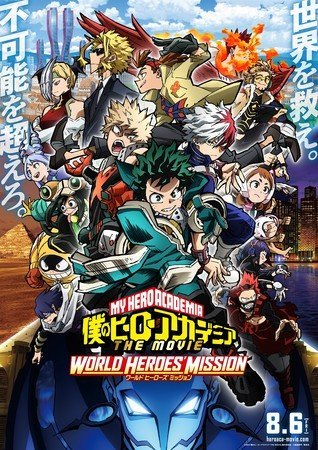 The film is the highest-earning among all three My Hero Academia franchise anime films, surpassing the 1.79 billion yen (about US$16.2 million by current conversion) of the second film, My Hero Academia: Heroes Rising.

In the story of My Hero Academia THE MOVIE: World Heroes’ Mission, a mysterious organization dedicated to the destruction of people with Quirks has issued a threat and set bombs all over the world. Pro Heroes and those in Hero Internships scramble to find the bombs. Deku, Bakugo, and Todoroki encounter Rody, a boy living in a mobile home in their designated area of Otheon, and end up working with him. 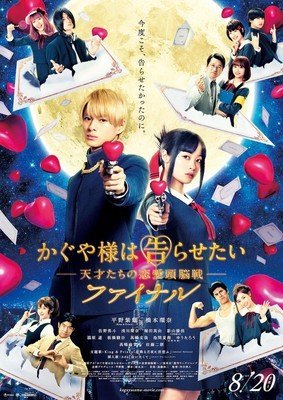 The sequel to the first live-action film of Aka Akasaka‘s Kaguya-sama: Love is War (Kaguya-sama wa Kokurasetai – Tensai-tachi no Renai Zunōsen) manga opened on August 20.

The film portrays the events of the original manga’s “Sports Festival and Cultural Festival” arc, focused on Yu Ishigami and Tsubame Koyasu. The arc was also portrayed in the second season of the anime.

The manga inspired a television anime that premiered in January 2019 and aired for 12 episodes. Aniplex of America streamed the series on Hulu, Crunchyroll, and FunimationNow. The company also released the anime on Blu-ray Disc in February 2020.

Kaguya-sama wa Kokurasetai – Tensai-tachi no Renai Zunōsen, the second season of the television anime, premiered in April 2020. Funimation streamed the anime as it aired in Japan. Funimation also dubbed both seasons of the anime.

The anime will get a third season. An original video anime (OVA) project shipped on May 19. 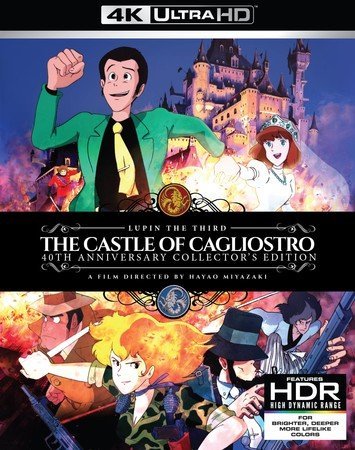 Discotek Media released the film on 4K UHD on January 26.

Lupin III: The Castle of Cagliostro was the first feature film Miyazaki directed, and it features the master thief Lupin the Third, created by the manga artist Monkey Punch. In the film, Lupin and Jigen search for a counterfeiter who swindled them, and end up in the secluded country of Cagliostro. The story also involves a wicked count and an innocent princess (the latter voiced in Japanese by Sumi Shimamoto, who would play Miyazaki’s heroine Nausicaä five years later).


The live-action film of Ken Wakui‘s Tokyo Revengers manga fell off the top 10 chart in its 13th weekend.